Situated between the Pacific and Indian Oceans, Australia is the world’s largest island and its smallest continent. There’s room to move in the Land Down Under, and with various sights to discover and enjoy, there’s an excellent reason to go on a walkabout adventure. Whether exploring the traditional lifestyle of the Australian people, relaxing on a sun-kissed beach or enjoying the night away in a city hot spot, Australia has something special to offer its visitor.
With amazing national parks dotted round the country and some fantastic islands, visitors to Australia can be off exploring the delights of Tasmania one minute and Kakadu and Uluru-Kata Tjuta National Parks the very next. On top of this, the beautiful beaches and turquoise waters that line its shores are home to the jaw-dropping Great Barrier Reef; one of the miracles of the natural world and one among Australia’s most popular tourist destinations. With a lot of great things to check, you’ll have your job cut out trying to fit everything into your trip!

Mention below are the 7 Most Beautiful Places to Visit in Australia:- 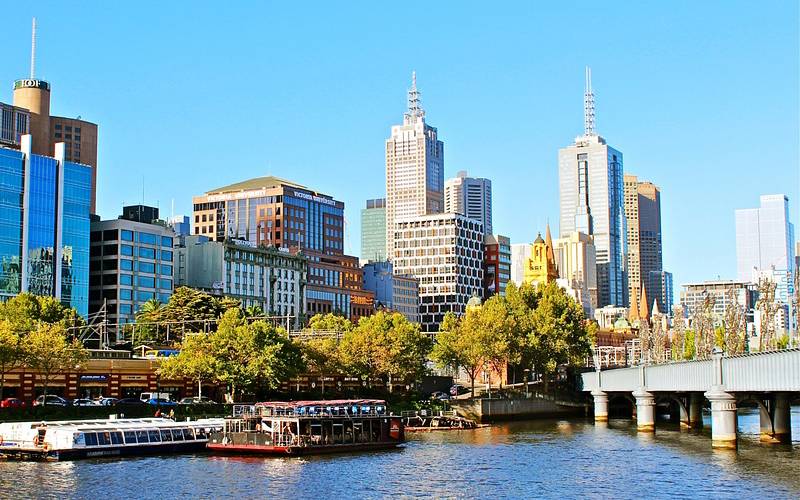 Melbourne is a cool, cosmopolitan city which is considered to be Australia’s capital of culture. With some fantastic museums, great art galleries and a lively music scene, there is always something to see or do for the visitor’s in the country’s second largest city. Due to its high quality of life, citizens from around the world have flocked to the streets. Its multicultural population is reflected in the delicious cuisine on offer and the unique neighborhoods that make it such a fascinating place to explore. With a European feel about it thanks to the architecture on show, wandering around the city’s streets and various green spaces will necessarily make you fall in love with Melbourne. 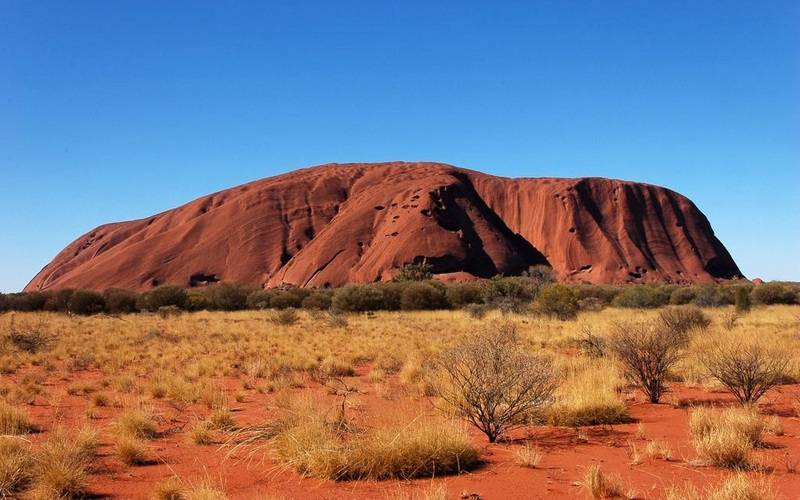 World famous, eye-catching Uluru is instantly recognizable due to its ruddy red hue; it’s one of Australia’s most outstanding landmarks. The immense rock is fabulous to visit and the main reason the national park is such a popular destination. Its grandeur and uniqueness live long within the memory of those who gaze upon it. While Uluru is the main draw, the equally mesmerizing rock formations of Kata Tijuta are fantastic to wander around, and there are many activities for visitors to enjoy. Owned by the Anangu Aboriginal people, the site is of great cultural and spiritual significance to them; you’ll be able to learn more about their way of life at the brilliant cultural center. With many great walks, bike rides and tours for you to enjoy, the incredible beauty of this national park really is awe-inspiring. 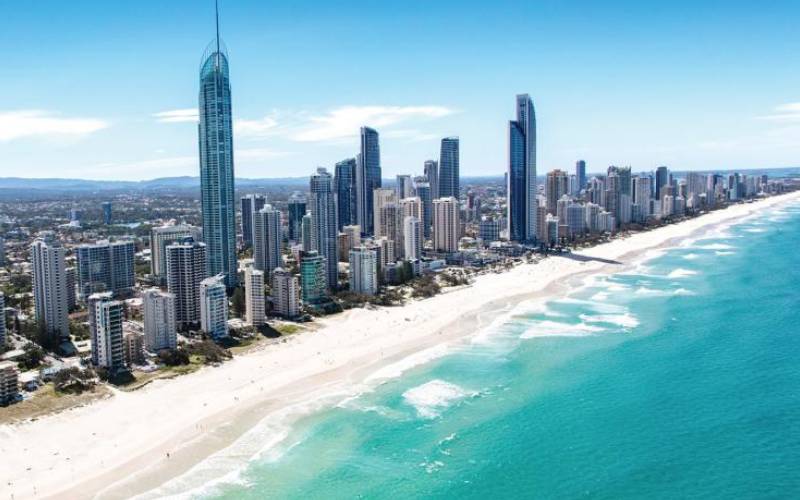 Home to the world-famous Surfer’s Paradise, the Gold Coast of Australia offers an eternal stretch beach with spectacular surf breaks.
Here you can enjoy surf lessons or one can simply rent a bike and ride to Currumbin Beach and Burleigh Head to watch the pro surfers catch a wave. For a outstanding view, go to the Skypoint Observation Deck to take it all in from above. 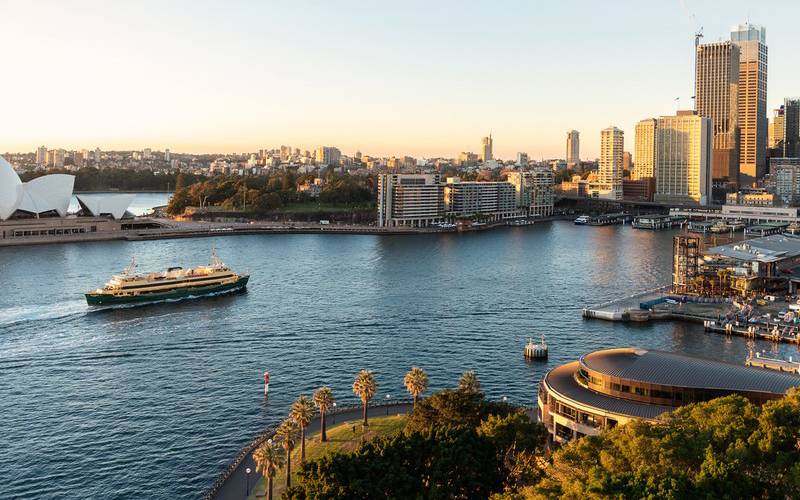 Nearly picture perfect, Sydney is one of the most visited cities in the world and a fantastic city with a lot going for it. A modern-day city with a prolonged history, Sydney is defined by its scenic harbor. The region’s first inhabitants lived along the harbor’s bank for many years. Nowadays, ferries take visitors for cruises under the renowned Sydney Harbor Bridge and past the iconic Sydney Opera House.
While these famous landmarks are the undoubted highlights, the city has much more to offer to its visitors. With various museums, theaters and cinemas dotted around the town, Sydney’s flourishing cultural scene means always there is something to see and do for the tourists. Sydney is a great city to live in and the fantastic beaches only add to its attractiveness. The beautiful Bondi Beach is one of the most beautiful place to visit when in Sydney. Different outdoor activities play a major role in Australian culture. Also there are a number of glorious national parks for visitors and locals to enjoy, along with some interesting and educational historical sites. A fun and energetic city; Sydney is undoubtedly one of the most famous tourist destination in Australia. 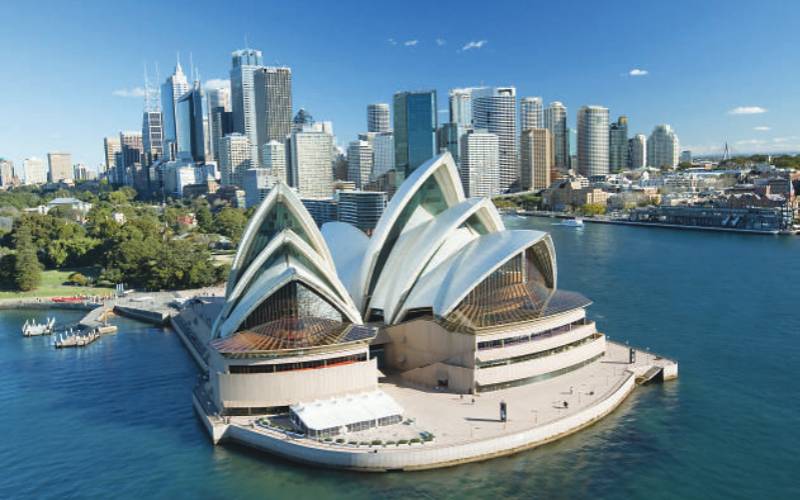 Opera House In Sydney is definitely Australia’s most iconic building. The Sydney Opera House was opened in 1973 and has become Australia’s top tourist attraction since then.
Opera House was designed by Jorn Utzon, this beautiful piece of art and architecture was declared as World Heritage Site by UNESCO in 2007. One of the biggest tourist attractions in the world, Sydney Opera House receives over 8 million of people in a year. The place has also hosted various events and performances catering to different styles – music, dance, theater and much more. 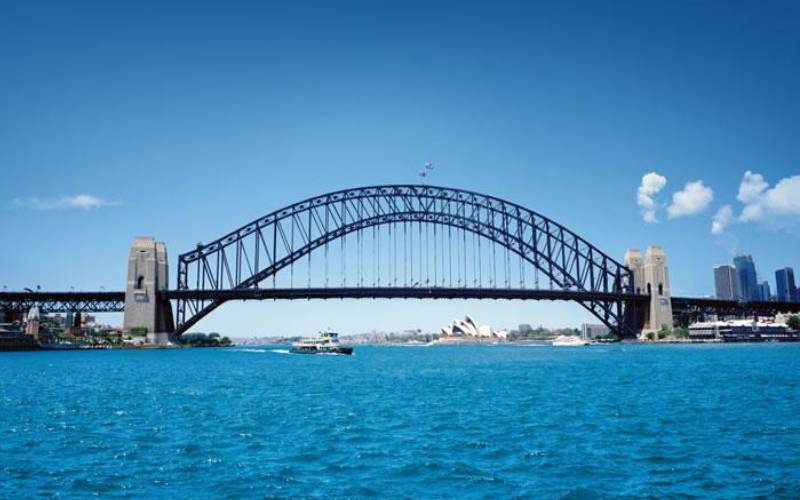 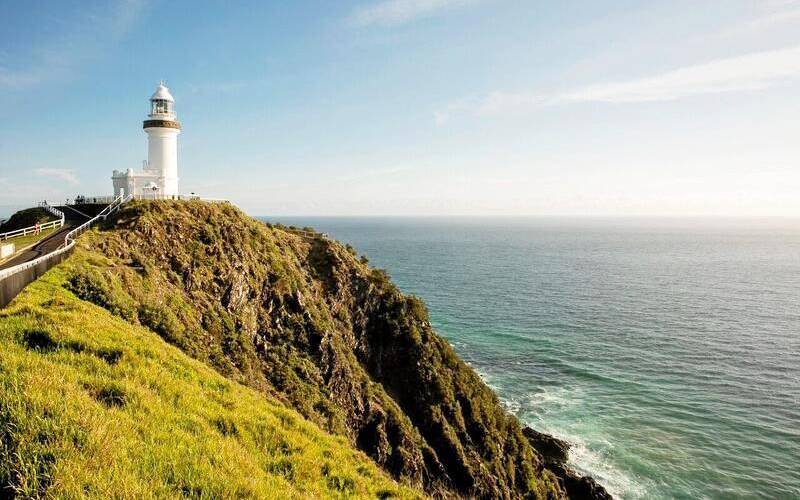 Byron Bay is the eastern most point of Australia, making it the picture perfect place to watch the sunrise. The Byron Bay Lighthouse was built here to lookout for ships as they came into the rocky shores. Presently, it is the ideal vantage point for stunning ocean views, catching a glimpse of some dolphins at play or even humpback whales during their yearly migration. One can even take a small break and go for a dip in the ocean at Watego’s Bay on the way.